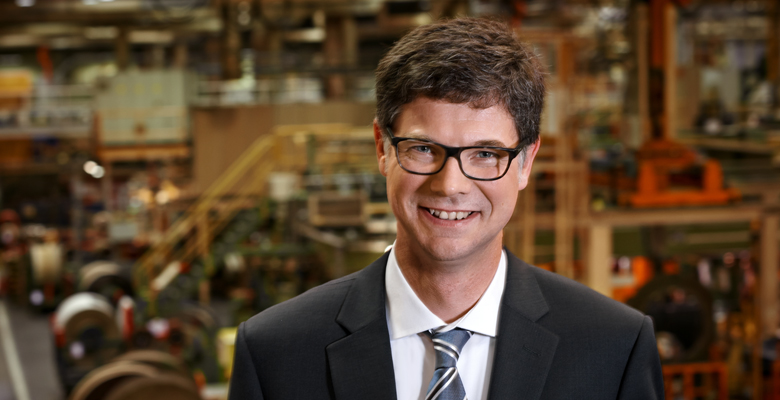 Copying someone else's work is generally frowned upon. But not all companies think so: Thierry Wipff, head of Production Management for Commercial Vehicle Tires at Continental, wants his team to cooperate not compete.

When Thierry Wipff first put forward his idea to the plant managers, he was met with astonishment: the various plants manufacturing commercial vehicle tires should stop competing with one another and start copying each other? His plan was not only new, it was completely unheard of.

Plant managers from all over the world – from Mount Vernon in the U.S., Petaling Jaya in Malaysia, Modipuram in India, and Otrokovice in the neighboring Czech Republic – met at a workshop in Puchov, Slovakia, where Continental runs a plant for commercial vehicle tires. "Many of the managers were expecting something completely different," says Wipff. Everyone wanted to manage the best Continental plant for commercial vehicle tires, in keeping with the company's "Passion To Win" value. But even that is not enough for the head of production: "We already compete against the other tire manufacturers; the competition is not our own Continental plants."

"What have you copied today?"

Continental is already the fourth largest tire manufacturer in the world, but it wants to be number three. "To do so, we must provide the quality which the customer requires. This is only possible when people share ideas with each other, and do so at all levels – from ideas about engineering achievements, to production to quality management," explains Thierry Wipff. The challenge? Benchmarking – comparing individual plants – is seen as acceptable. But is it also acceptable to simply "copy and paste" from someone else? – "Absolutely!" in Wipff's opinion. Along with a fighting spirit, a permanent willingness to learning something new – from others too – is also an integral aspect of "Passion To Win". "Our goal is peak performance. And that is particularly dependent on a rigorous exchange between our global team", explains Wipff. "We don't need to reinvent the wheel every time."

During his "Walk & Talks," as the experienced engineer calls his regular tours round the plants, he sometimes asks the employees specifically: "What have you copied today?" "At first, people were really taken aback," says Wipff. But now they are used to it, and more often now are ready with a positive answer. Even when a machine is broken somewhere, Wipff asks: "Have you asked colleagues in other plants whether this has happened to them?" And often there is already a solution available. 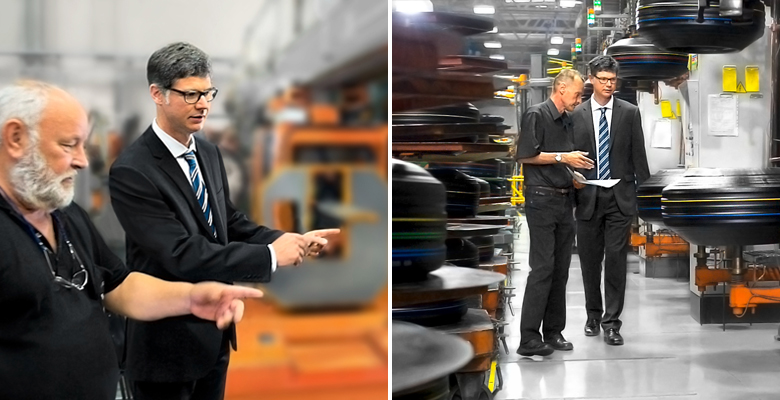 The "silo mentality" is an attitude found in some organizations that occurs when several departments or groups do not want to share information or knowledge with other individuals in the same company. Most employees in a corporation worry about becoming replaceable and, as a result, dispensable. But according to Thierry Wipff, there is no reason do so at Continental: "We need all of our plants, because each one produces specific types of tires and serves specific markets." Today, modern companies are like schools, where the emphasis is on learning with and from each other. Modern companies need to do the same between departments, between countries, and even between plants. This is essential to ensure the corporation remains one step ahead of the competition and achieves its ambitious growth targets.

But before you can share what is good, you first need to find out exactly what is good and therefore worth copying. "We have compiled a list of each area in which a plant excels," explains Wipff. These "domains of excellence" range from exceptional maintenance that saves energy in an exemplary way to a particularly good strategy for recruiting new employees. "The results are impressive," Wipff is pleased to report. "It is not just a case of everyone copying off one plant. Every plant has innovated and overcome its own challenges. This way, we can all learn something from one another."

To help this exchange work between countries, English is mandatory in the company. Even Wipff does not speak German at work, despite being based in Hanover, Germany, for the last five years, after working in both France and Romania. He has simply never needed to. Respecting foreign cultures is especially important, says Thierry Wipff. The Frenchman who grew up in Morocco is used to "culture shock," and learned how to handle it at an early age. An experience that stands him in good stead today: "As an international company, we enter markets with local cultures we cannot change, only understand," says Wippf. "Diversity means not having a one-size-fits-all solution. Instead each culture has its own characteristics."

To succeed, it is essential that the whole team works well together. "It is like in football." explains Wippf, "The winning team is not the team with the biggest star – it is the team where all the players combine their strengths for the joint success."